Hello! Welcome to Skipped on Shuffle, a brand new podcast. In this music lover’s delight, your hosts Scott and Jason will discuss overlooked songs by popular artists. After all, even the most famous bands of all time have songs which aren’t as popular as others, and Scott and Jason want to bring some of those forgotten gems to the forefront.

Scott got the idea for the podcast while he was listening to the album Elemental by British pop band Tears for Fears. He reminisces, “I was walking along listening to the album and thinking to myself, ‘This record is so good.’ It’s a shame it isn’t more well-known. As I listened, I was trying to think of ways I could introduce people to albums and songs that get passed over.”

As a freelance writer, Scott’s initial thought was to create a blog where he could write articles about albums and artists he thinks deserve a second listen. However, he realized the idea bored him.

“I didn’t want to make another blog. I write all day, and I’ve run numerous blogs, and didn’t want to run down that path again with this particular idea.”

He had the notion of turning the idea into a podcast when he realized how often his friends were discussing podcasts, and how feverish they are to find new series to enjoy.

The only problem was Scott knew a podcast which consisted of him talking into a microphone would fall flat.

The Skipped on Shuffle Duo

Scott doesn’t mince words when he talks about the idea of a solo podcast. “No one wants to hear me ramble on about music by myself,” he says. “That’s not a podcast. But if I had someone else to talk to, someone with a similar love for music but slightly different tastes, that would certainly be interesting.”

Scott called up his friend Jason, a musician and self-professed music geek, and told him about his idea.

“I absolutely loved the concept right from the beginning,” Jason said. “Scott and I have been friends for over a decade, and whenever we’re together, we talk about music. The idea of the two of us working together to bring people into our conversation and expose listeners to music they may have never heard before was simply perfect.”

However, neither Scott nor Jason had ever made a podcast before, and both admit that they weren’t big podcast listeners.

“We had to take a crash course in podcasts together to figure out what Skipped on Shuffle was going to be,” Jason explains. “We found a bunch of music-related podcasts and listened to them on our own time, and then met to discuss what we liked about certain presentations and what didn’t work for us.”

Scott adds, “We were surprised no one had done this before. Sure, there are a lot of podcasts which talk about pop music, but we couldn’t find one specifically focused on the songs by popular artists which for whatever reason aren’t popular. That’s when we knew that not only did we have a topic we both enjoyed, but we had an original premise which would set us apart from the crowd.”

Next Step? A Name!

Armed with a premise and a medium, the pair now had to figure out a name. Numerous ideas were thrown around, including “Playlist Refugees” and “Skip Limit Reached,” but “Skipped on Shuffle” ended up being the favorite.

“For me, Skipped on Shuffle gets across what the podcast is about without any need for explanation,” Jason said. “Most people nowadays are listening to music on playlists which are either put together by computer algorithms or by people they’ve never met. When you’re playing a list of shuffled tracks, you tend to skip the ones you don’t already know or don’t grab you within the first five seconds. This podcast is about those songs, so it was the perfect title.”

Over the next year, the duo figured out which songs they wanted to talk about and how they were going to structure each episode.

“We knew right from the beginning we were going to have to limit ourselves to only talk about songs from tremendously popular artists,” Scott said. “Jason and I both have such broad taste in music, so there are quite literally tens-of-thousands of songs we could discuss on Skipped on Shuffle. However, we knew talking about an obscure band that released one record in Japan or something wasn’t going to be interesting to people who aren’t already a fan of that band.”

“So we made a list of some of the most popular acts we could think of from each decade,” Jason said. “Once we had that list we pared it down to six artists which we thought had a big influence over their respective decade, and then got to work figuring out what song of theirs to cover.”

Scott adds, “That last part was pretty easy; we just looked at the artist’s iTunes chart, sorted every song by popularity, and scrolled all the way to bottom. It was shocking to both of us what songs were low on the list, especially for enormous bands like The Who and Led Zeppelin.”

The duo decided to structure each episode as a funnel, discussing the broad topic of who the artist is and their history first, then the album, then the song itself, and then their own personal connections to that song.

“While it’s hard to think of anyone not knowing who Coldplay is, there are still plenty of people out there who don’t know Coldplay’s story,” Jason said. “We decided it would be best to give everyone a quick crash course on each artist before getting into the song we focused on for each episode. It’s a great way to give context to the individual song because people have a sense of what was going on with the artist while it was being written and recorded.”

The first six Skipped on Shuffle episodes center on songs by rock acts like The Who and Led Zeppelin, electronic acts like Depeche Mode, and singer/songwriter acts like Fiona Apple. In the future, Scott and Jason hope to include more acts from diverse genres across the decades of music history.

“We figure we could do one hundred Skipped on Shuffle episodes focusing on a different artist every time without breaking a sweat,” Jason said. “It would only be by the time we got into the triple-digit episodes that we would start to run out of well-known bands to cover, and would either have to do smaller bands or repeat artists.”

“If we make it to a hundred episodes, I’ll gladly take on that challenge,” Scott says with a smile.

All The Pertinent Info

The first Skipped on Shuffle episode will land on April 27, 2018, and will focus on the song “Werewolf” by Fiona Apple.

Subsequent episodes will center on “The Punk and the Godfather” by The Who, “The Love Thieves” by Depeche Mode, “We Never Change” by Coldplay, “For Your Life” by Led Zeppelin, and “Light Years” by Pearl Jam.

Each episode will be preceded by a blog about the artist written by either Scott or Jason. These blogs will be exclusively published at SkippedOnShuffle.com.

Simultaneously with each episode, the duo will upload a YouTube video of their interpretation of the song featured therein. These interpretations will be recorded live, usually in an acoustic setting.

To contact Scott and Jason, you can use the form on this page, or connect with them on the various social media platforms at the bottom of this page. 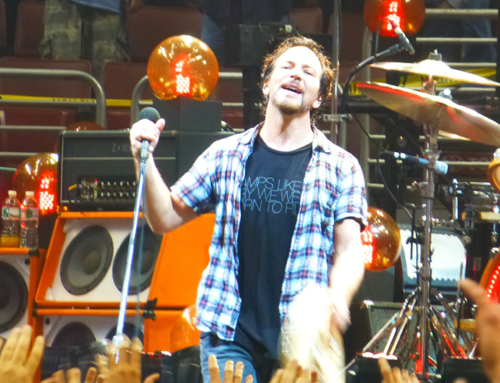 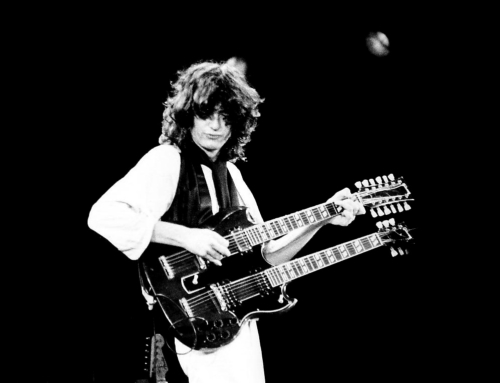 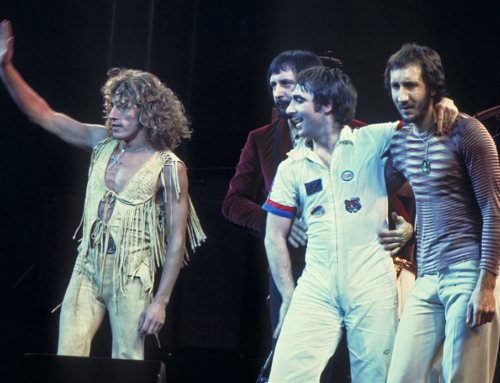