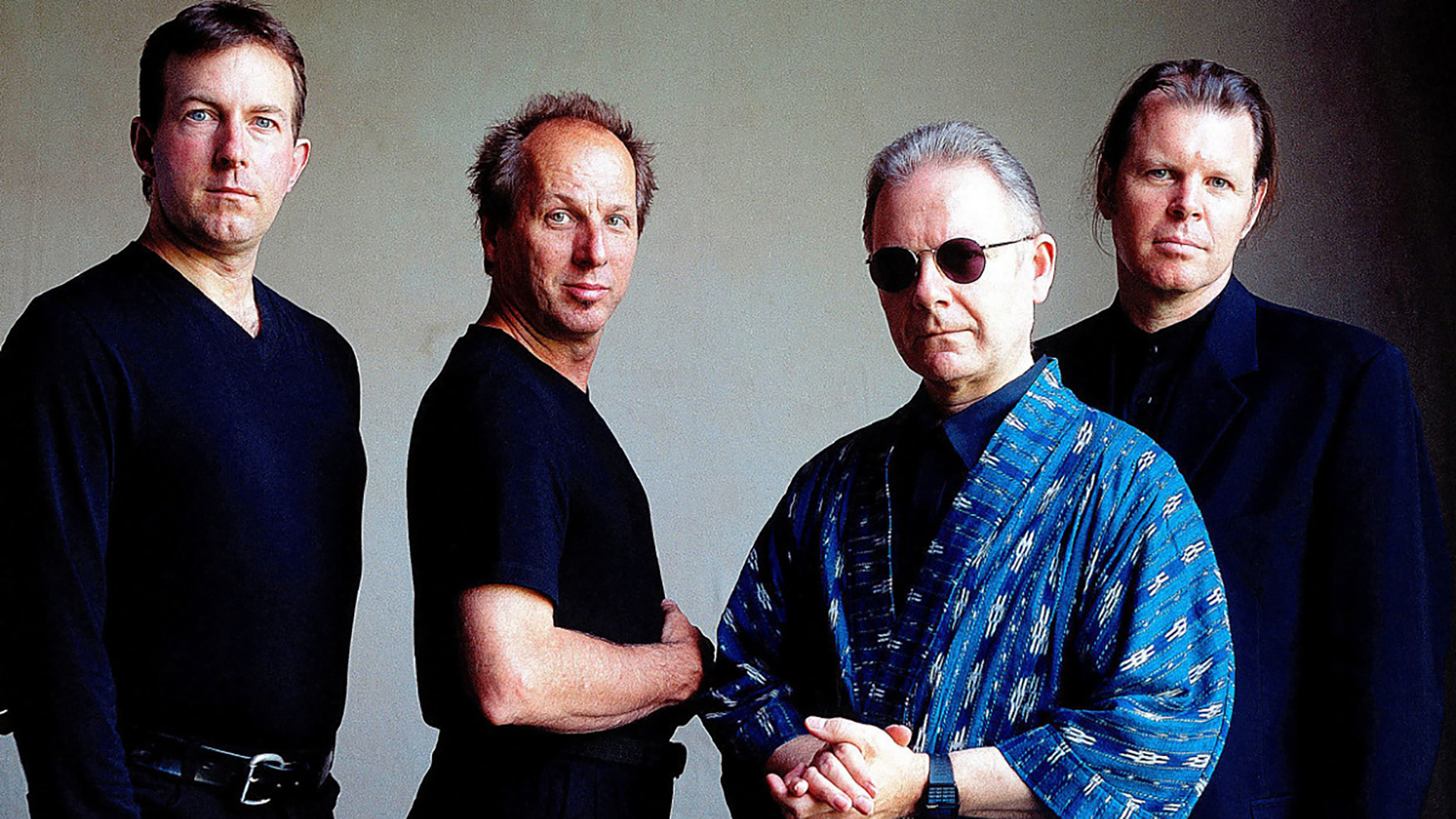 King Crimson – “Into The Frying Pan”

The thirty-sixth Skipped on Shuffle episode will be focused on the song “Into the Frying Pan” by King Crimson off their 2000 album The ConstruKction of Light.

While King Crimson might not be familiar to some of our listeners, the band is revered as one of the pioneers of the progressive rock genre. They made their debut in 1969 with In The Court of the Crimson King, an album that incorporated jazz and classical elements and let listeners know there was no map for where this band might go. Traversing new musical ground with nearly every record since, even fifty years on the band shows no signs of slowing down any time soon. They are still out on the road and continue to write and perform new material while digging deep into their catalog, but they have made some pit stops along the way and the future of the band is always uncertain. The direction and fate of the band is always in the hands of one man: guitarist and founder Robert Fripp, the only consistent member of the group.

Scott gives a rundown of the many transformations King Crimson has experienced — in both their lineups and their sound — which Fripp changes with almost every record. Scott and Jason talk about how the band took a turn for The ConstruKction of Light, trying to craft material in smaller configurations of a larger Crimson lineup after unsuccessfully attempting to write new songs as a full band. These improvisational experiments, called ProjeKcts, laid the groundwork for the song “Into the Frying Pan.” They talk about the successes of the record and the clear struggles the band faced leading to what Scott and Jason believe remains one of their weaker outputs, particularly during the Adrian Belew-fronted incarnation of the group, despite some standout tracks. But if you are interested in getting into King Crimson, “Into the Frying Pan” is one of the best tracks to get you started on a journey into this one-of-a-kind band. And if you’re already a fan of the song, it’s worth another listen to appreciate how Crimson makes even the more straightforward material they play feel fresh and intense.